I didn't get a lot of painting done over the Easter long weekend.
I took some figures and paint to my in-laws, but found I wasn't in the mood for painting most of the trip.
I did, however, get to try out painting some DPM uniforms on some of my insurgent leaders.
I'm still getting the hang of it, but I'm not dissatisfied with the results.  Particularly the trousers on the right. 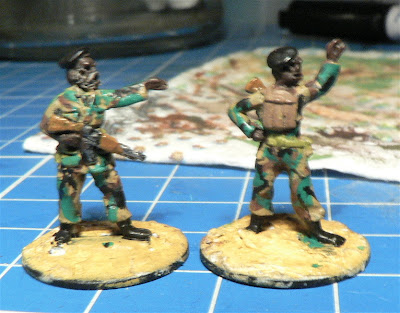 Posted by ScannableGoose at 19:15 3 comments:

Here are the bits you get with the M1025 HMMWV from QRF. 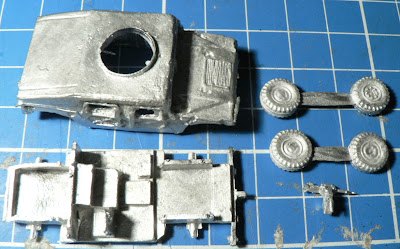 Here are the assembled views. I'll apologise for the big blob of BluTack holding the Mk19 on, but I couldn't keep it in place any other way. It should glue on a fair bit nicer. There's a little depression on the roof (if you zoom the photo above) to place the upright on the weapon mount into.

Posted by ScannableGoose at 08:29 No comments:

I wanted to get some HMMWVs for my US forces for my Day of the Ranger games.
I needed some unarmoured M998s and the M1025 weapon carriers, rather than the newer M1114 up-armoured HMMWVs. QRF has a wide range of Humvee variants, so I ordered an M998 along with M1025s with a .50 cal and the Mk19 AGL.
Here is the M998 (temporarily stuck together with BluTack): 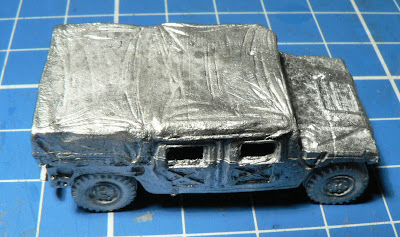 This was the generic troop carrier variant. Here are the bits you get: 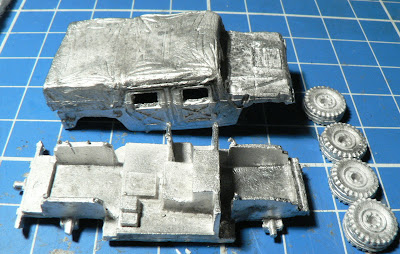 As you can see in the pictures, the model needs a bit of a clean-up; particularly around the windows.

And finally the comparison. I think I might need to base them up to get the height right vs the figures. It would mean less wear and tear as well, I guess. 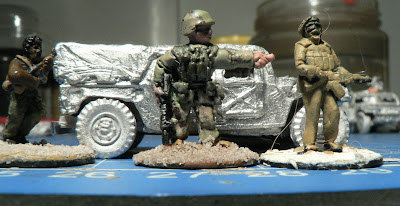 Posted by ScannableGoose at 08:35 No comments:

Mike at Dropship Horizon has another great preview of upcoming figures from Rebel Minis.

These really look great and would be suitable for any post-apocalyptic scenarios you may want to play. They also would be great for gaming a certain desert planet inhabited by large worms....

Rebel are really turning out a lot of good work.
I think that a lot of my cash will be ending up in their pockets over the next few years!
Posted by ScannableGoose at 08:09 No comments:

Next up is the other Land Rover I've just received; the Land Rover Defender Wolf from Quick Reaction Force.
Here it is: 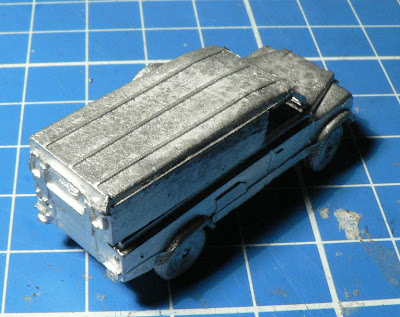 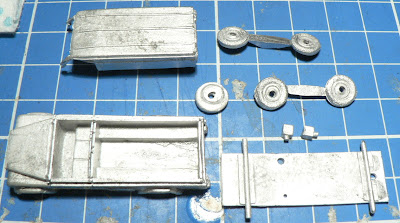 The only issue with this model is the fragility of the windscreen frame attached to the roof. This area will probably need some puttying up and smoothing off as it's a bit rough.
Here it is up against the OG WMIK. I think they're a pretty good match. 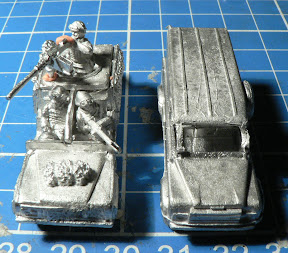 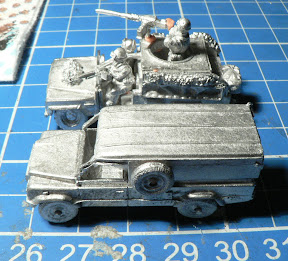 And finally, a comparison including the QRF Scorpion: 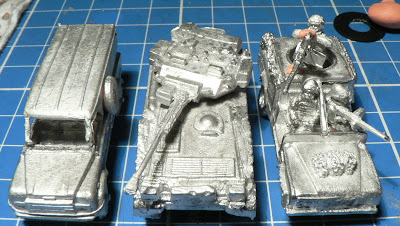 That's pretty much it for the british vehicles.
Next up will be Humvees from QRF.
Posted by ScannableGoose at 08:00 No comments:

Here is one of the Command Decision WMIKs from Old Glory.  I've stuck it together with Blu Tack (although it's orange) at the moment. 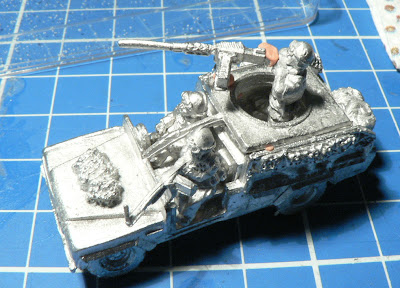 I thought the model was quite nice, with plenty of moulded-on extra details like netting and ammo boxes.
Here are some more pics assembled, trying to show that detail. 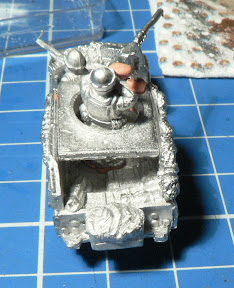 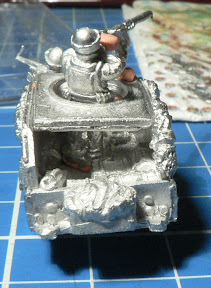 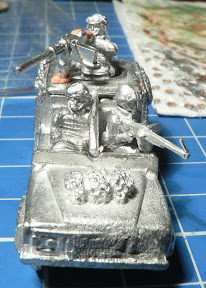 And here's all the bits you get:

There were also some extra wheels, I think there is enough to mount a spare for each of the 4 vehicles. I only got 3 of the LMGs, but since the crew come with a pose including an LMG, I didn't really need any.
And finally a comparison shot with a range of figures:

Left to right : Irregular US, QRF modern British with SA80, Peter Pig militia, and Cannon Fodder militia
Posted by ScannableGoose at 08:00 No comments: