Tonight I put together the free demo building from the Hotz Stuff Whitewash City range at Wargame Vault. I'm pretty happy with how it turned out.
I was looking at Wild West buildings to put together some Malifaux terrain. 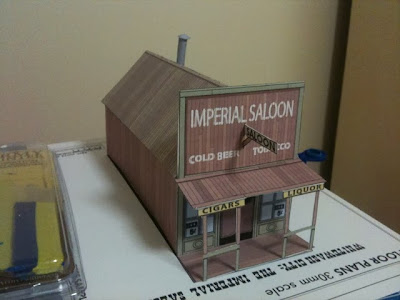 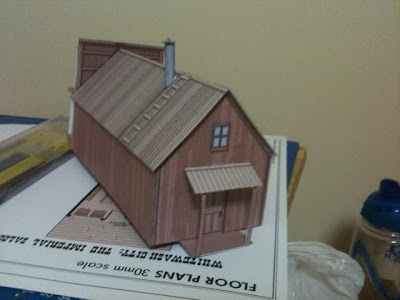 I need to do some more paper terrain.  This was very quick and easy to put together and I love that there is really nothing more to do to get it on the table!.
I will base it properly at some stage I think.
There's a discount on the Hotz stuff at the moment, so I reckon that the Pioneer Set will be purchased later today!
Posted by ScannableGoose at 09:11 5 comments:

I don't normally do New Year's Resolutions, but this year I felt I should list some Aspirational Goals for the year.  I'm never going to be able to achieve all of these, but here's what I'd do if time (and money) was no object.  The below are in alphabetical order of ruleset. 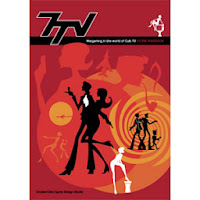 I've always found the concept of this ruleset fascinating, and last year I picked them up in pdf on sale at Wargame Vault.
I'm keen to do these in 15mm mainly for space and cost, and luckily Khurasan have just released their 60s spy range!

The latest set from TooFatLardies.  I'm hoping to re-use my half-finished Flames of War figures from many years ago, as well as some 6mm.  The 6mm options will be more historical, but I'm wondering about doing some Achtung Cthulhu! inspired Weird War 2 as well. 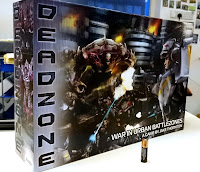 Since I Kickstarted it, I should probably play it.... :)
One of only two games I'll be playing in 28mm on this list.
A mate of mine also went in on this, so I have at least one other person to play it with.

My Romano British army for Dux is complete, and my Saxons are based and just need painting.  Hope to get them both on the table this year.

I have enjoyed the FoF games I've played to date and I'd like to get some more in.  I have both 15mm and 6mm for this.  I'd like to get the 6mm finished up and on the table.  Initially I think I'd focus on the scenarios offered in the "Road to Baghdad" supplement that focuses on the early stages of the Allied engagement in Iraq.

I kickstarted this and will be picking up both the Hefei book as well as the earlier "The Department" ruleset.  Gaming will be in 15mm, initially with the KS figures.
15mm cyberpunk - there's not enough of it in my opinion!

I Ain't Been Shot Mum

TooFatLardies Company Level ruleset.  I have a LOT of 6mm lead waiting to go on the table for this.  I really want to make a dent in this pile.
The focus here will be on Normandy. 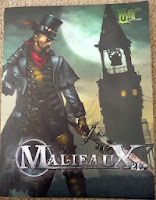 A couple of years ago, my brother bought me a Malifaux starter box, but the figures are still in the box (and so are his!).
I recently picked up a copy of the V2 ruleset as part of a Black Friday sale.
This is a game we've been meaning to try for some time.

It's the 100 year anniversary of the start of the Great War.  I have had a copy of these rules from TooFatLardies for a couple of years, and have slowly been building a pile of unpainted 6mm lead to game them with.

I got on the bandwagon and picked up this set from the Osprey Wargames range.  My intent is to fritter about in 6mm initially on these.

Another ruleset I've had for a while that I want to get on the table.

First up is the "Wellington in India" period done in 6mm.

In addition, I've been hotly anticipating the Jolly Jack Tarr book from TooFatLardies and have some 6mm nautical types awaiting.

I participated in the Crocodile Games Kickstarter last year for Wargods of Olympus.  As part of that I receive the rulebooks for all the Wargods product as pdfs.
True to form, I want to fritter around with these in 6mm to get a feel before I look at whether I need to "Go large!".

And that's it.  Much of this gaming (if it ever happens) will be solo, mainly because of my penchant for tiny figures and the difficulty matching up my time and those of my mates for a game.
Let's Go!
Posted by ScannableGoose at 16:12 3 comments:

Today is some random Soviet armour.
Again I was shopping for options for sci-fi vehicles and the majority of the items below are variants of the MT-LB platform.  They really didn't push my buttons like the BTR-80 variants, but the 2S6M Tunguska is going to be a bit of  a beast!

The SA-13 launcher on top of the MT-LB is a separate piece of the model that I just dropped into the hole to take the picture.

The Tunguska is obviously in pieces.  When assembled I believe it will look something like this:

Right-o!
One of the MANY New Years Resolutions (more on that later) is to get more posts in this year.
To write more posts I need to do more hobby stuff, so it's actually a two-for-one package.
To assist me with that I had a couple of posts started before I went on hiatus, so it seemed like a good idea to get those finished first.

I've also given the blog itself a quick refresh, with a more modern template and a new banner.  Hope you like the changes.

But enough guff!
Here are the BTR-80 variants from Heroics and Ros.
I actually purchased these to use for some sci-fi vehicles, as I think the BTR-80A in particular with its turrent is quite "futuristic" looking.
Next up, some more Russian armour from H&R...
Posted by ScannableGoose at 09:28 No comments: 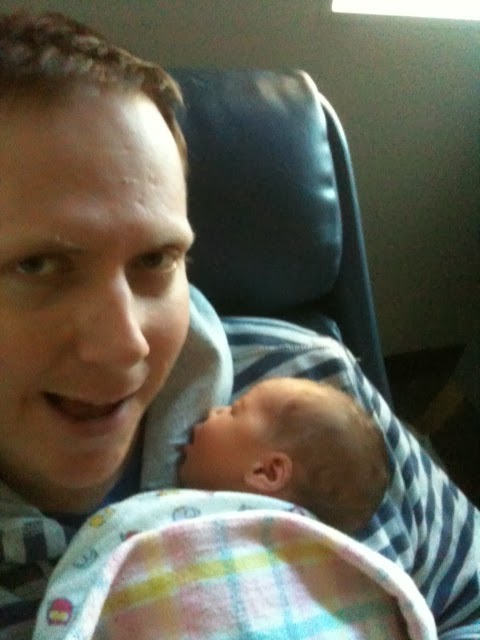 Thanks for sticking with me through the hiatus.
There will be more regular updates soon.
Posted by ScannableGoose at 09:34 2 comments: