Let me be up front... I know nothing about the American Civil War and I have no (current) interest in gaming it.
However some of the H&R Confederates have been recommended as good substitutes for figures in bush hats.  I'm not going to pass a verdict on that until I've had a chance to paint some up and see how it goes.  I am a big fan of the good variety of poses per strip in these though.
Here they are: 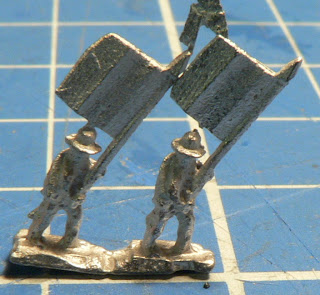 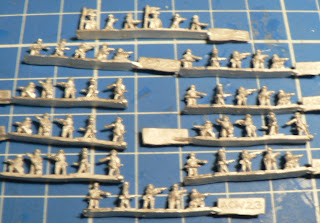