Stick to the Plan

I've come to the realisation that I've broken one of the fundamental rules I set for myself when I started this blog and got back into wargaming.
The rule i set for myself back then was that I had a set scale for given game size. Reinforced platoon or less (skirmish scale) was 15mm, company or larger was 6mm. I've failed to stick to this.
Personally I blame Flashpoint and their excellent 15mm figures. I got caught up on the bandwagon and now have a sizeable amount of 15mm figures for Vietnam. I took the opportunity to undercoat a number this week.
Bottom line is though that I don't have a lot of room at home, and with money tight, I need to stick to the plan.
This probably means some 15mm sell-off later this year, to bring myself back to something manageable, and to fund the expansion of my 6mm Vietnam War models for the Flashpoint rules and TFL's Charlie Don't Surf.
With the month of house guests coming to an end soon, I also hope to get a brush to the undercoated figures, and take some pics of some minor developments.
Posted by ScannableGoose at 19:32 3 comments: 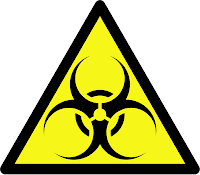 I've been completely out of action for the last week (complete with overnight hospital stay) with a vomitting bug of some sort.

Hopefully back on my feet and back to work tomorrow...

Just before the bug struck, TFL released their Charlie Don't Surf rules, so I had to pick those up along with the Surf's Up scenario and campaign pack. 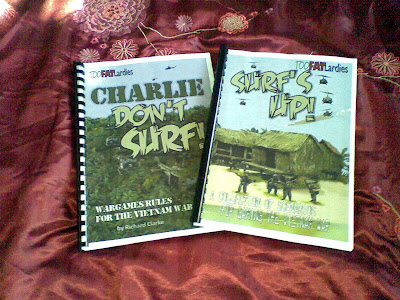 Lots of content in these rules, and a foreshadowing of what's coming in the revised 3rd Edition of I Ain't Been Shot Mum later this year. Of course, being me, I just spent money buying scenario packs for the 2nd edition didn't I? Hopefully the differences will be easy enough to convert across...
Posted by ScannableGoose at 14:27 No comments: