Eureka have just released new figures for their Sci-Fi German Stormtrooper range.
These look GREAT. I have some of the original infantry in the lead pile.... might need to pick up some more....

Posted by ScannableGoose at 22:38 4 comments:

I had a bit of a binge on TooFatLardies stuff again this weekend.
At the moment, they are having a sale with £1.5 off everything in store.
I had already planned to pick up a few bits and pieces over the rest of the year, but now I've been able to grab them in bulk.
First up was Footsteps of the Legions, which is army lists for North Africa and the Meditteranean.  This rounds out my current WWII interests with the earlier purchase of Gotterdamerung and Shadow of the Rising Sun.  To accompany this, I also picked up the recently published Operation Compass scenario pack.  There's loots of good stuff in there.  It is also an interesting deviation from most IABSM games in that much of the campaign was armour and artillery rather than direct infantry actions.  There are a number of more traditional infantry actions based on the Australians at Bardia though, which is one of the primary reasons I purchased it. 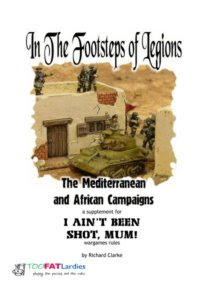 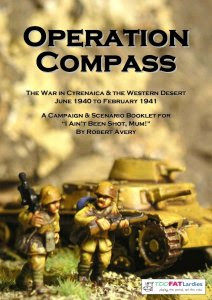 Still on the subject of World War II, I also picked up another Robert Avery scenario pack: Fall of the Lion's Gate.  I'm very interested in gaming the Pacific Theatre, hence the purchase of this, as well as the Shadow of the Rising Sun.  I also used a voucher my brother and sister-in-law gave me for my birthday to purchase Paul Ham's book on Kokoda on the weekend.  I was very impressed with Ham's work on Vietnam, so I'm looking forward to reading this as well. 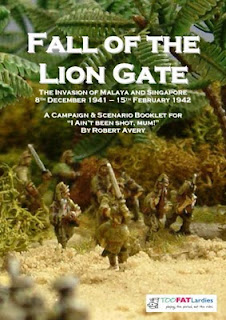 I also picked up the Rock the Casbah expansion, which focuses on the Lebanese Civil War.  As it turns out, this expansion is actually for Troops, Weapons and Tactics (TW&T - TFL's skirmish rules).  However there are a number of parallels between TW&T and IABSM - B'Maso! give variations to both for the post-colonial african conflicts.  I'm hoping that the conversion here will be reasonably straight forward (if not directly documented).  Finally I also picked up the 2004 Christmas Special.  Looking at this one, you can see that the Specials have come a long way, in terms of production values, in the last 5-6 years!  I've wanted this one for quite some time as it contains details on how to convert IABSM for the Falklands - a variation known as "We'll Have to Bloody Walk!".  I've always found the Falklands a fascinating conflict, and I'm keen to get it on the table. 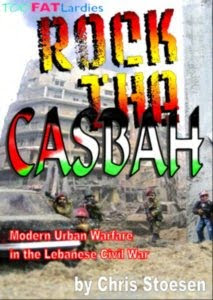 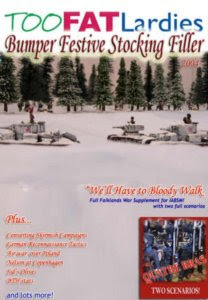 Posted by ScannableGoose at 10:20 No comments: