Just last week I purchased a pack each of the Rangers and Insurgents from Flashpoint Miniatures.
These guys are actually Seige Works Studios, who have taken over the old Flashpoint Vietnam and Modern ranges and are looking to expand and improve on that base.

I'm always on the lookout for new 15mm ranges that will slot into my existing interest, an this one is a doozy; targetted directly at Mogadishu. 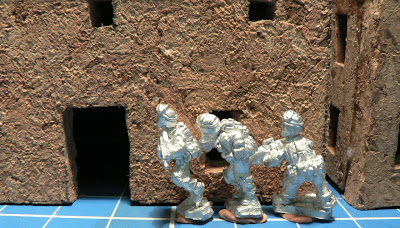 The figures come in a bag of 12 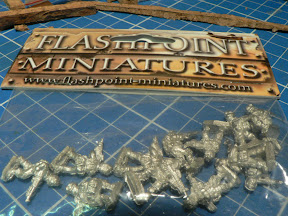 I had two of each the sculpts below

Plus these 4 sculpts to make up the 12 in total.

These are good looking miniatures. The alloy is nice and hard- No bent barrels here!

Now the question you've all been waiting for; "How do they measure up?"
Here they are against Peter Pig, Cannon Fodder, and Irregular (apologies for the blurring)

You can see that they're larger that the Peter Pig approach, but on a par with Cannon Fodder. The Ireegular figures are larger again, by the look of it.

I'll have to get them up against QRF and Old Glory as well, but I can't get into that cupboard at the moment! (renovations)
More pictures will follow once I have some paint on them as well.
Posted by ScannableGoose at 23:06 No comments: 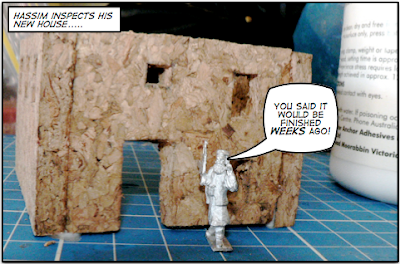 Posted by ScannableGoose at 16:03 3 comments: