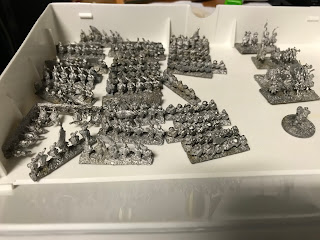 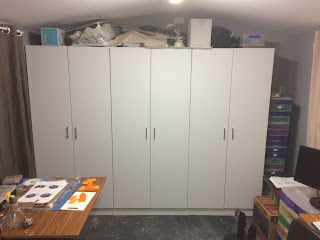 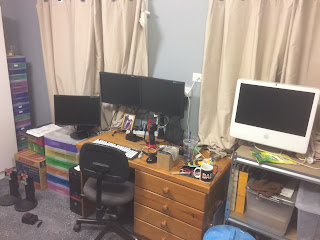 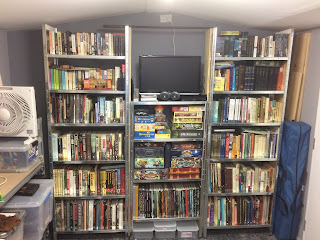 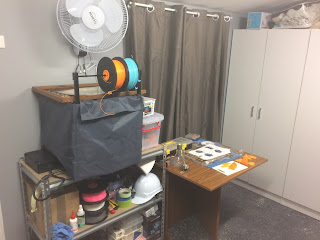 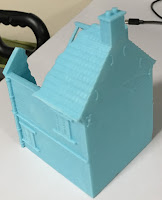 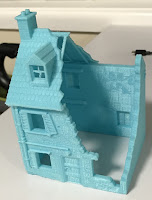 I ordered a Panther and a StuG IV model from eBay recently.
There are 1:71 scale 4D puzzle models that just clip together.
Unfortunately I received two StuG's instead of the Panther, so the Panther is still coming. 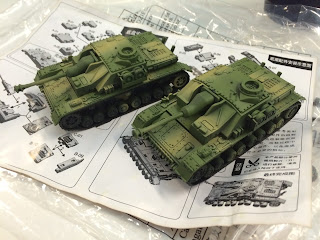 I like that they have some paint on them already, but it doesn't really match any of the camouflage patterns you see and they need some decals.
So not quite table-ready, but better than bare plastic, and very quick to assemble!

This turned up today. 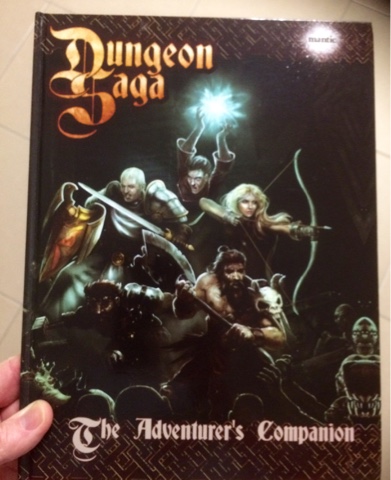 Still no copy of the game though. Apparently it starts shipping locally in Australia the week after next.
Posted by ScannableGoose at 08:20 No comments:

Just some quick pictures of the figures from the Fairytale Games Kickstarter.
These are "30m" figures, definitely larger than the Mantic figures I've been showing over the last couple of days.  They are all nicely done.
I'm hopeful that they are probably a scale match for my Confrontation pre-paints.

Apologies for the blurry pics as I didn't want to go through the rigmarole of removing the shrink wrap at the moment, as I need to store them until I sort out my hobby space (more on that soon).

As always, clicking on the images should get you a larger version of the picture. 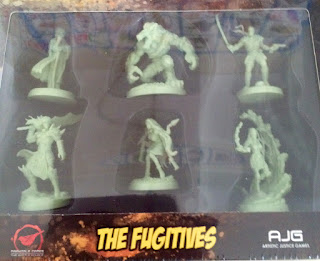 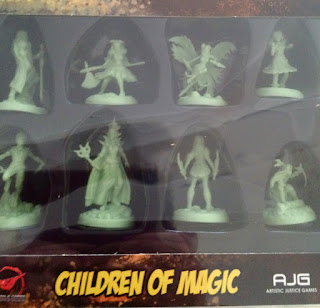 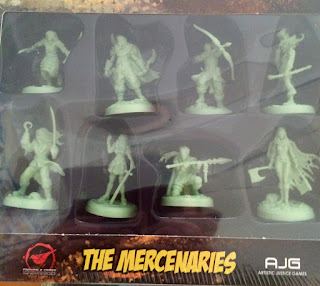 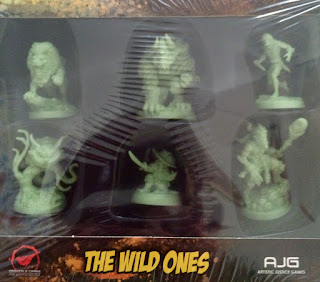 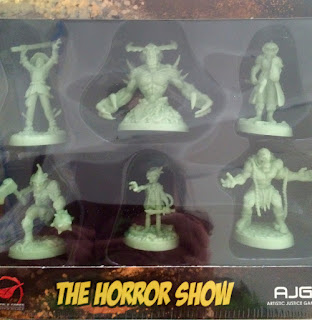 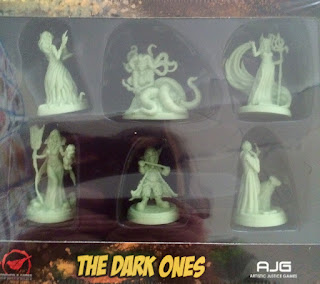 And finally the contents of the Black Fortress box I picked up as part of the Dungeon Saga Kickstarter. 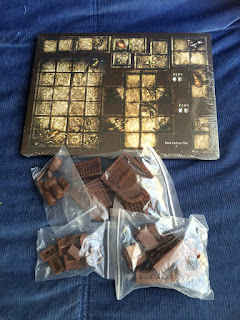 No figures this time, as Black Fortress is simply a terrain expansion.
As you can see, it's a block of tiles, plus the doors and furniture in 4 bags.  Unlike the scenario expansions (Warlord of Galahir, and Infernal Crypts), the furniture is in resealable bags, which is handy.
Not pictured is the second bag of tile clips I received.

First up, the furniture proper.  As you can see there is a well, two  bookshelves, a lectern and separate book, a rack of weapons, a dias of some sort and a coffin. 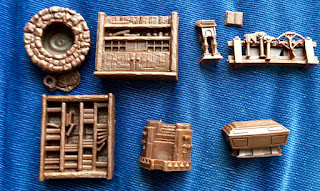 The interesting thing about these is that they are cast from a soft rubbery plastic, similar to some that I've seen used for 1:72 scale plastic figures.  They are not a hard plastic.
Next up we have 4 barrels, 4 chests with separate lids and two tables.  Again, these are in a soft, rubbery plastic.

Finally we come to the doors.  There are two each of 5 different types pictured below.  Unlike the other furniture, these are cast in a hard plastic.

I didn't pick up the Tyrant of Halpi expansion because :

Well that wraps it up for Dungeon Saga; at least until the actual game turns up some time next month!

Time for the Infernal Crypts contents.
Basically everything was identical in many aspects to Warlord of Galahir (WG).
Unlike WG, the tiles, booklet and playsheets were all shrinkwrapped in a single bundle in my copy of Infernal Crypts. 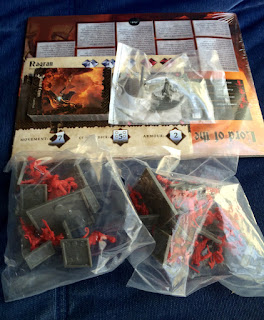 Once again there were 3 bags of minis, two of abyssals in red plastic and one containing the figure of Drech'Nok in grey plastic, plus the card deck.

Once again we have two copies of 9 unique sculpts, plus the Drech'Nok figure.
No broken figures this time, although the Drech'Nok figure is a little underwhelming.  He's not as imposing as I would have thought, and with his wings and being positioned on the rear of his base, he has a lot of trouble staying standing up.  I may need to rebase him, or weight the base somehow.

I also had a bag of tile clips (for keeping the scenery tiles secure) in this box for some reason, along with a second bag in the Black Fortress box.  Not sure if this is standard or not. 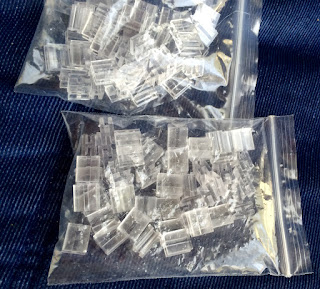 I read this morning on the Sword and the Flame Yahoo Group the sad news that Larry Brom recently passed suddenly from a heart attack.


An former US Marine, Larry was the author of the very popular The Sword and The Flame rule set, amongst many others.  He had a wide reaching impact on the community and will be sorely missed. 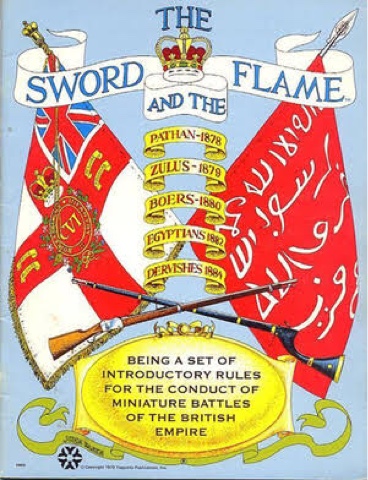 My condolences to Lori and Christy, and the rest of the Brom family.

It was reports and images of Sword and Flame games on the Major General site that was a big factor in steering me from sci-fi/fantasy to historical war gaming.

Once the shed is done, a memorial TSATF game will definitely be in order.

If you've never encountered the rules, they are definitely worth a look. They differ from many rule sets in running from a standard deck of playing cards, which adds a nice friction element. You can pick up a copy from Sergeants3.

Posted by ScannableGoose at 11:23 2 comments: 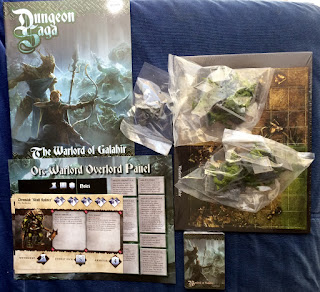 In the foreground you can see one of my Orc Skulks who became detatched from his base during transit.  A quick dab of glue will rectify this.
Posted by ScannableGoose at 06:00 No comments:

I've been  sick for the last fortnight (including a hospital visit) with pneumonia, brought on by excessive hours at work.  While I've been recuperating, two packages arrived.

The first was the first thing I've seen from the Fairytale Games Kickstarter from mid 2013. This was a card game that was massively over successful at Kickstarter and the team involved have struggled to deliver with the pressure of such a large success.   I don't have the actual game yet, but these are the 40 miniatures that were funded as a stretch goal. 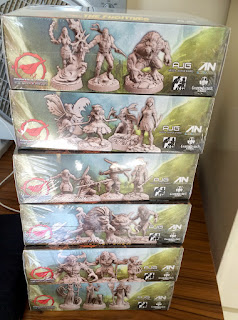 Also arriving was a package from Mantic.  These are the expansions to Dungeon Saga that I pledged for.  Unfortunately the main game is still about a month away off the coast of China. 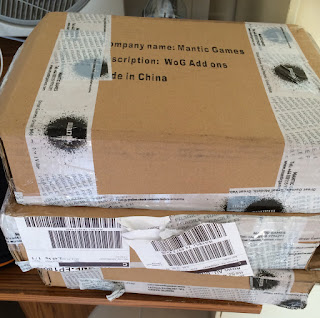 Mantic have done some funny things with this project and there appears to have been a number of errors in printing and shipping that I haven't seen with their previous efforts. I pulled out of the recent Warpath KS and I think that was the right call.  I'm far more interested in what M&M refer to as "Boutique Games" now anyway.  Large scale fantasy/sci-fi is of limited appeal.  I still have to paint my Deadzone figures anyway!

I'll provide some more detail on these in some future posts.

On the subject of Kickstarters, there are a number running at the moment that I'd love to be a part of, but funds are too tight.
If you do have some spare change, check out the following:

Posted by ScannableGoose at 12:11 No comments: