While we're looking at moderns, here is a novel range from Irregular; their Riot range.
There's even a set of rules and they sell packs with rioting figures from different periods and the rules together.  I have never seen the rules, but here are the specific Riot figures:

SIR3 - Base of two mounted police (one base per code) 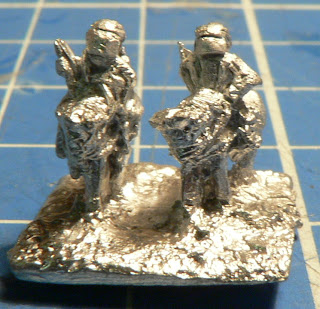 SIR2 - Base of two policemen (two bases per code)

SIR1 - Base of two rioters (two bases per code) 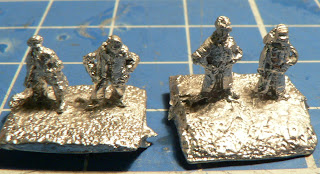 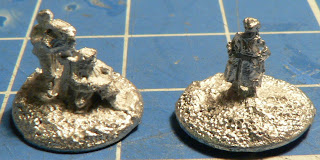 I have a few ideas for these figures in the back of my mind that will hopefully (one day) see fruition...
Posted by ScannableGoose at 22:02