Well I had some fun on the weekend playing Ambush Alley with Brad.
We played Turkey Shoot this time.
Regulars won, but from re-reading some of the forums, it looks like we may have played the Insurgents slightly wrong. Not sure it would have made a significant difference however.
I'm planning on having up a proper AAR later this week, but in the interim......

While I was setting up, my wife came along and started having a look at the figures, etc.
Then things got a little silly: 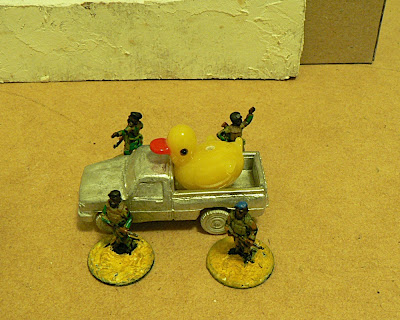 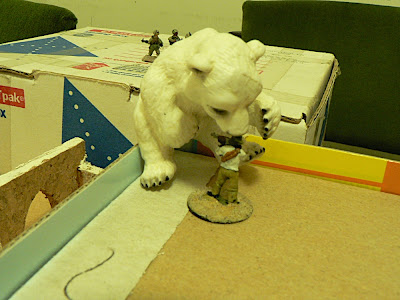 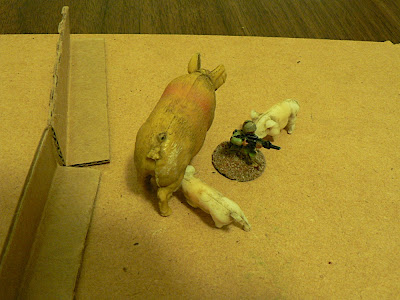