As mentioned previously, we replayed the Ambush Alley Turkey Shoot scenario a week later, but this time with a few modifications:
The table layout was also a bit tighter than previous. 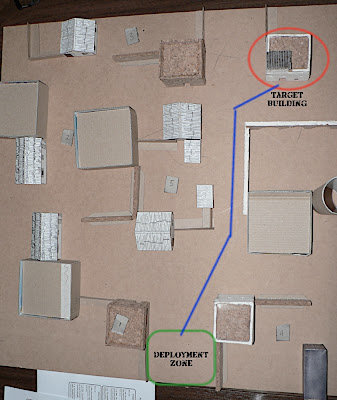 In addition, this time we had two players (myself and Adam) playing the Regular fireteams, while Brad took the Insurgents again.

With two players as Regular, we opted to allow the situation where we could end up with 2 Fog Of War (one per Regular Player) per turn.

Part way through the game, we realised that this was a bit of overkill, so we drew two assets (suggested by Insurgent commander Brad to redress the situation we'd found ourselves in) and went back to maximum of one Fog of War per turn.

The Regulars moved forward just fine to begin with. 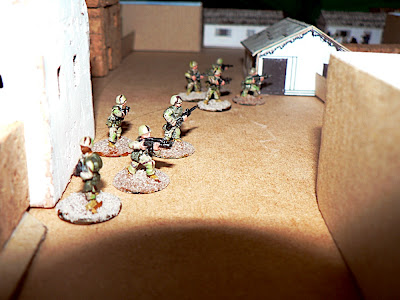 But with the Fog of War flying thick and fast, the Marines got pinned down in the alley just beyond the target building. 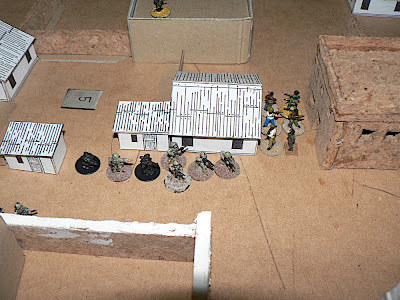 They were attacked by friendly fire (mortars and air strikes - luckily this A-10 could hit a barn door!), 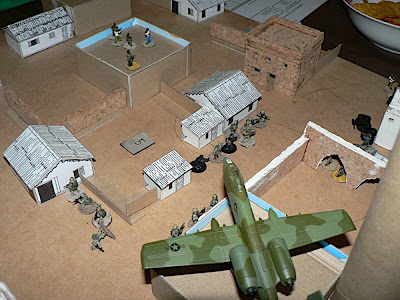 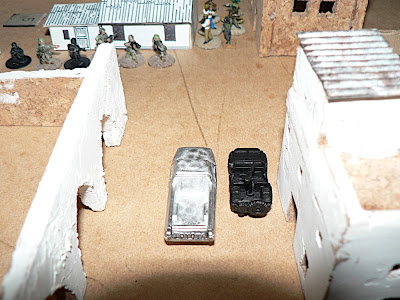 and a carload of insurgents. 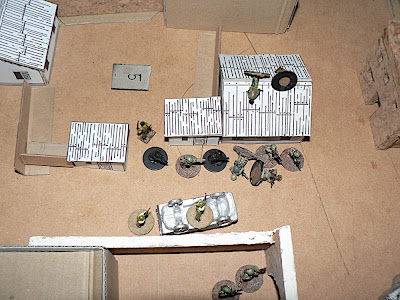 Just when these threats appeared to have been neutralised, the Insurgents torched the target building (Fog of War "Fire! Fire!" card) , rendering the mission a failure! 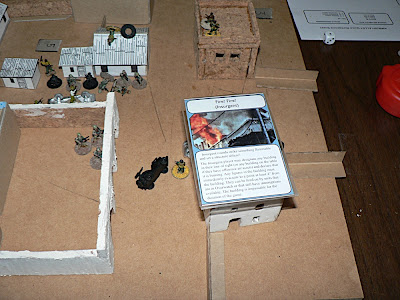 Luckily, while they had been pinned down in the alley,  a secondary mission to investigate hostages being held in the area had been radioed through. 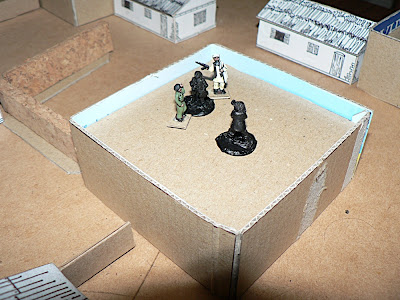 So the Regular teams quickly set out to attempt to free them, despite now being low on ammo ("Praise the Lord and pass the ammunition" Fog of War). 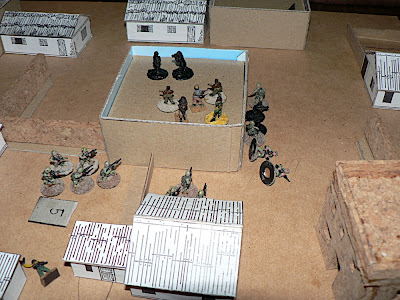 After assaulting the building, the hostages were rescued, but by this time each Marine fireteam was nursing casualties, with one man dead. 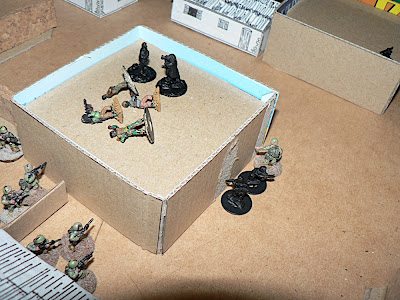 We finished the game there because we were over time, but hopefully it was a very enjoyable game for all!  Especially Brad and his team of pyromaniac Insurgents! 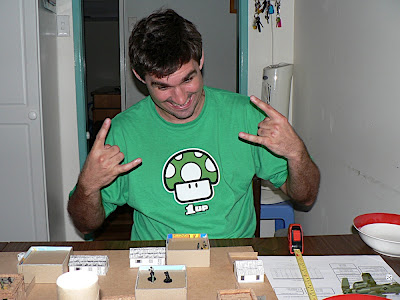 I'll be starting to shoot a Tin Pot Little Country comic for this engagement over the next few days.
I'll put a quick post up on this blog to let you know as the pages go up on TPLC.
Posted by ScannableGoose at 19:03