While I've been sampling various ranges for the MicroDux project, I've had this idea for a small magnetic sabot base in my head.  I had ordered some 0.5mm magnetic vinyl on eBay to make them with, and that turned up recently, so last night I ignored the pile of work from my job and sat down to give it a go.
Pictures below are not to my usual standard, as they were some quick phone camera snaps last night to get the general sense.  You can click on them for larger, but equally blurry views.

Basically it's two small rectangles of the magnetic vinyl sheet.  The top one has a bit of card stuck to it using the self-adhesive properties of the vinyl sheet, and has a hole cut out for the figures.  The material cut out from the centre of this piece is used to base the figures. 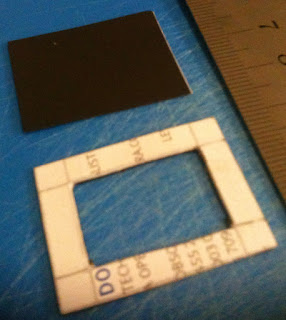 Here is it with one figure sitting in the base.... 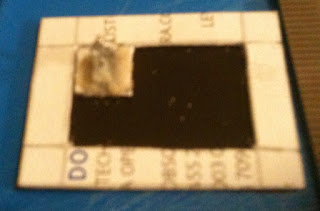 ....and with a whole group of 6 figures.  I am going to be using this closely packed base to designate units in a shieldwall in my MicroDux games.  A different base with the figures more widely spaced will be used for groups not in a shieldwall. 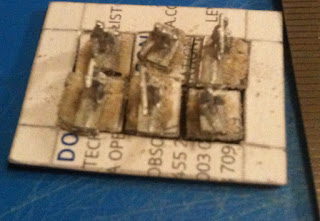 I had been worried about how well the figures would stick and whether they would be constantly falling out as the bases got moved.  But as you can see below, they even stay in the base when turned upside down! 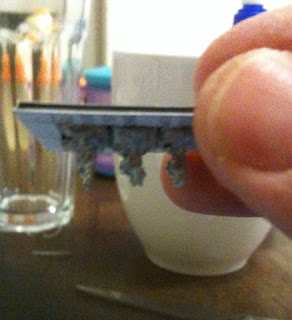